Up until last week I think that I can safely say that I’ve never sold anything to anyone, except maybe a few low dollar ebay and craigslist transactions.  As it stands today I’ve sold four pairs of my G1 pants: two at Veloce Velo and two at Huband Bespoke.  I have to say it’s quite a rush. 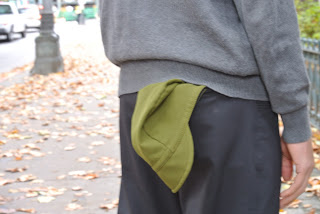 I know that the numbers are small, but dang it sure does feel good to think that a few people have enough belief in what I’m doing to reach into their pockets and pull out their wallets.  That, to me, is a big compliment.


It’s one thing to sell something that someone else had developed; it’s another thing entirely to sell something that you developed, that you brought to the market.  I feel a sense of pride in knowing that had I not started Greenlite Heavy Industries and had I not persisted in my efforts to make an awesome, American made urban cycling pant neither the G1 nor the 3Quarter pant would be on the market.  They simply wouldn’t exist.  Pride in creation.
Bringing you own stuff, your own dreams, to market is angst writ large.  It is nothing but stress, self-doubt and constant worry.  Did I make the right decision?  Should I have done it this way?  Should I have done it that way?  Should I have even done it at all?  The little victory of a sale erases all that angst.  I’m on the right track here.  Yes it’s going to take time, but I’m on the path that leads me to where I want to go.
Posted by mikemc at 10:34 AM 1 comment: