I've done the ride from Mercer Island (suburb of Seattle) to Snoqualmie Pass a few times now but the ride on Saturday seemed especially long.  The route I take is fifty percent gravel and ascends slightly more than five thousand feet - for the most part it's a nearly constant low grade climb.

Normally mile sixty marks the beginning of a two mile long tunnel, but when I arrived two days ago the entrance was closed off with a chain link fence; a sign noted "Tunnel Closed, Open in the Spring."  Spring started three weeks ago, and due to a crazy low snow year the ground has been free of the white stuff for over a month and a half.  Oh well, I had plenty of food and half a bottle of water; it was time to find another way over the Pass.

﻿ I descended the rail road grade (John Wayne Pioneer Trail/Ironhorse State Park) a mile and a half to the Annette Lake trail.  I figured that it couldn't be too far to the trail head so I started down the single track trail - in the saddle.  I made it about twenty feet: the trail was simply too rutted, rocky, muddy and steep to descend on my cross bike.  It was hike a bike time.  The first group I passed on their way up was a family with three kids under the age of seven led by a tiny white poodle.  I figured that the parking lot had to be close.  The trip down to the trail head was around a mile and a half wherein I passed a significant number of curious day hikers.

A short descent from the trail head took me to the Denny Creek Road.  From here it's a five mile ascent up to The Pass.  I love this road, it's smooth, scenic and, due to a couple of downed trees, nearly devoid of automobile traffic.

When I reached the Pass I stopped in to check out the Pass Life development and was happy to see a new coffee shop and even happier to see a new brewpub - DruBru.  I was tempted to stop in but I was running late so I dropped down the east side and coasted into the cabin.  Time for a beer in front of the fire.

In 1960 President-elect John F. Kennedy wrote an article for Sports Illustrated titled The Soft American.  Odd how something written 55 years ago could seem so timely:

..."intelligence and skill can only function at the peak of their capacity when the body is healthy and strong; that hardy spirits and tough minds usually inhabit sound bodies."

John F. Kennedy
Posted by mikemc at 3:41 PM No comments:

Some cool American made water bottle cages.  Available in both Stainless and Ti from King Cage in Durango, CO. 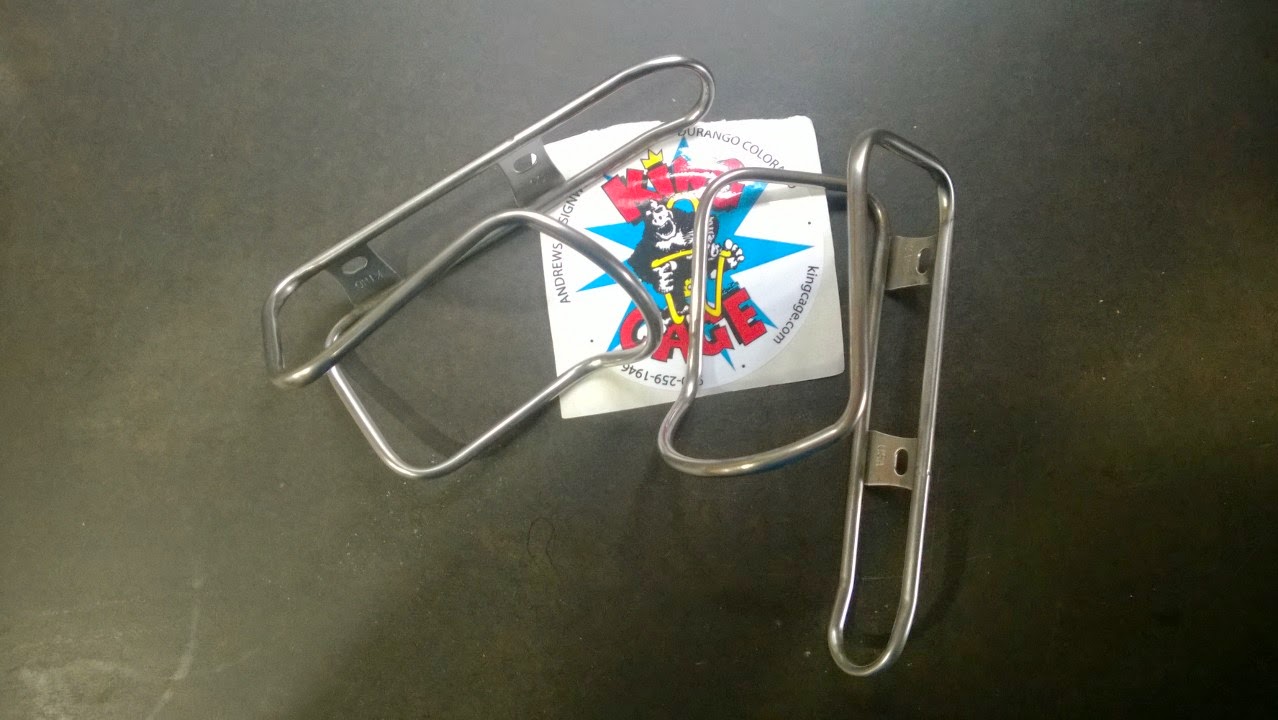 They have a cool flask cage; a nice addition to a bike on these cold winter rides.  Even comes with the flask.
Posted by mikemc at 2:27 PM No comments: