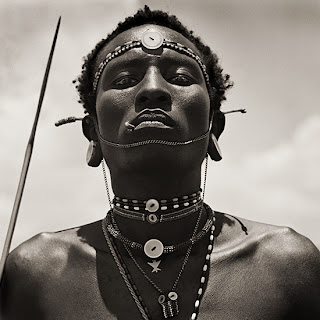 In her book Out of Africa Karen von Blixen-Fenecke notes that the Masai weren’t taken as slaves or imprisoned because in captivity these tough nomadic warriors simply withered and died.  Those Masai were some tough buggers, they lived on blood and milk and were lean mean fight’n machines.  All things considered living under the yoke would have probably been physically easier, but the Masai would in no way compromise, they wouldn’t trade freedom for comfort.
Comfort seems to be the goal of our modern society, and with that comfort comes a modern sort of slavery.  Very few Americans live the life of financial independence: we owe bankers, we owe oil companies, we owe the auto shop, we owe the gas and electric companies; so long as you owe you ain’t free.  I owe, I know I owe – same as near everybody, but getting out on that bike gives me a chance to thumb my nose at the bankers and oil company execs, the jerks who make their own rules and laugh at how they got all us suckers buy the short hairs.  Yes I’m out in the rain.  Yes I’m out in the cold.  Yes I’m out in the wind, but I say bring it on.


Being out in the elements, huffing and puffing, sweating reminds me that I’m alive and free – sort of.
Posted by mikemc at 9:38 PM